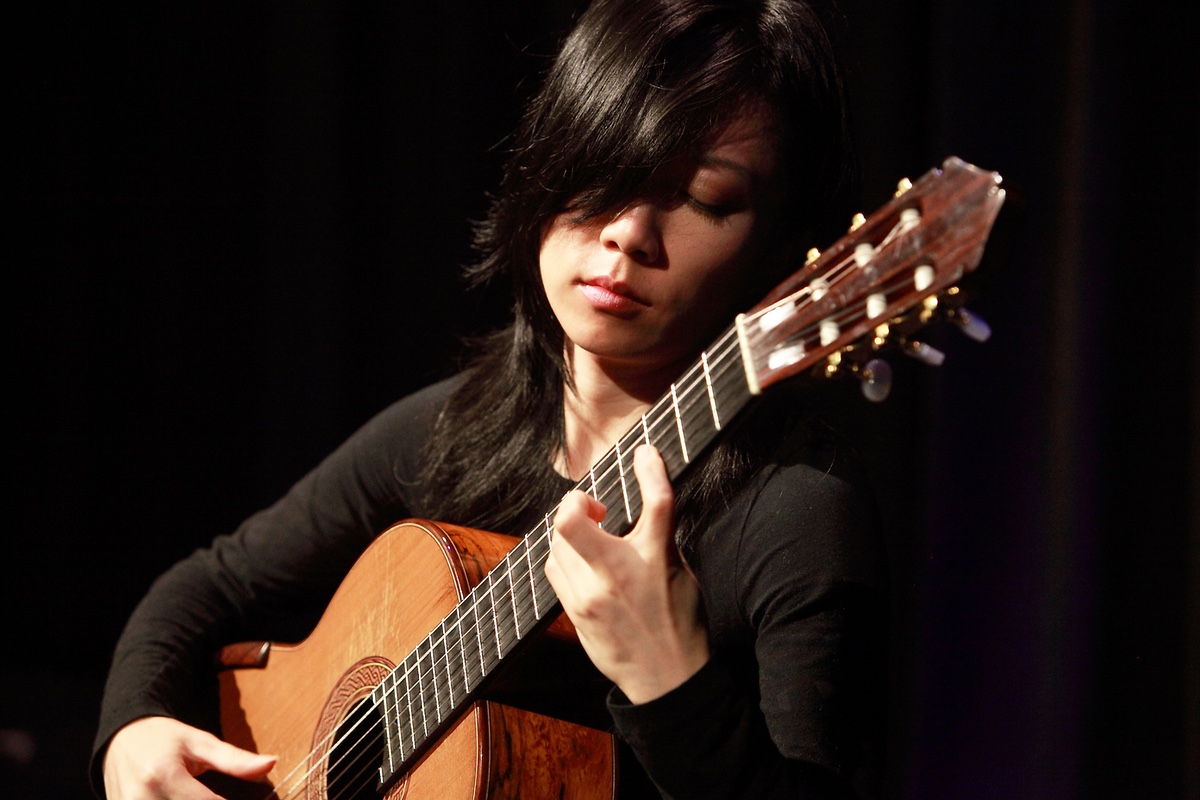 Xuefei Yang is acclaimed as one of the world’s finest classical guitarists. Hailed as a musical pioneer – her fascinating journey began after the Cultural Revolution, a period where Western musical instruments and music were banned. Fei was the first-ever guitarist in China to enter a music school, and became the first internationally recognised Chinese guitarist on the world stage.

Her first public appearance was at the age of ten and received such acclaim that the Spanish Ambassador in China presented her with a concert guitar. Her debut in Madrid at the age of 14 was attended by the composer Joaquín Rodrigo and, when John Williams heard her play, he gave two of his own instruments to Beijing’s Central Conservatoire especially for her and other advanced students.

Fei is one of the few guitarists whose artistry connects with audiences far beyond the guitar fraternity. Her international success has led her to be invited to play in more than 50 countries at numerous prestigious venues, and is frequently invited to play with the world’s leading orchestras, and collaborate with artists such as Ian Bostridge, Roberto Alagna and Sir James Galway.

Gramophone magazine praised her as one of the leading innovators of her generation for continuing to build the guitar repertoire.

Fei has made many acclaimed recordings for major labels. Her first received a gold disc and her second was selected as ‘Editor’s Choice’ in Gramophone magazine. Fei’s recent recordings include “Songs from our Ancestors” which continues her successful collaboration with Ian Bostridge and several solo albums; “Summertime”, “Winter Songs” (Apple Music), “Sketches of China” (EMI) and “Magna Carta”, the complete guitar works of John Brunning with the Royal Liverpool Philharmonic Orchestra (Apple Music) which featured in the USA Billboard Charts and UK Official Charts.

She has appeared on BBC Radio 4’s Woman’s Hour, the BBC Proms, & documentaries on BBC and China Central Television. The UK classical music station, Classic FM, named Fei as one of the 100 top classical musicians of our time and BBC Music Magazine named her as one of the top six guitarists of the last century.