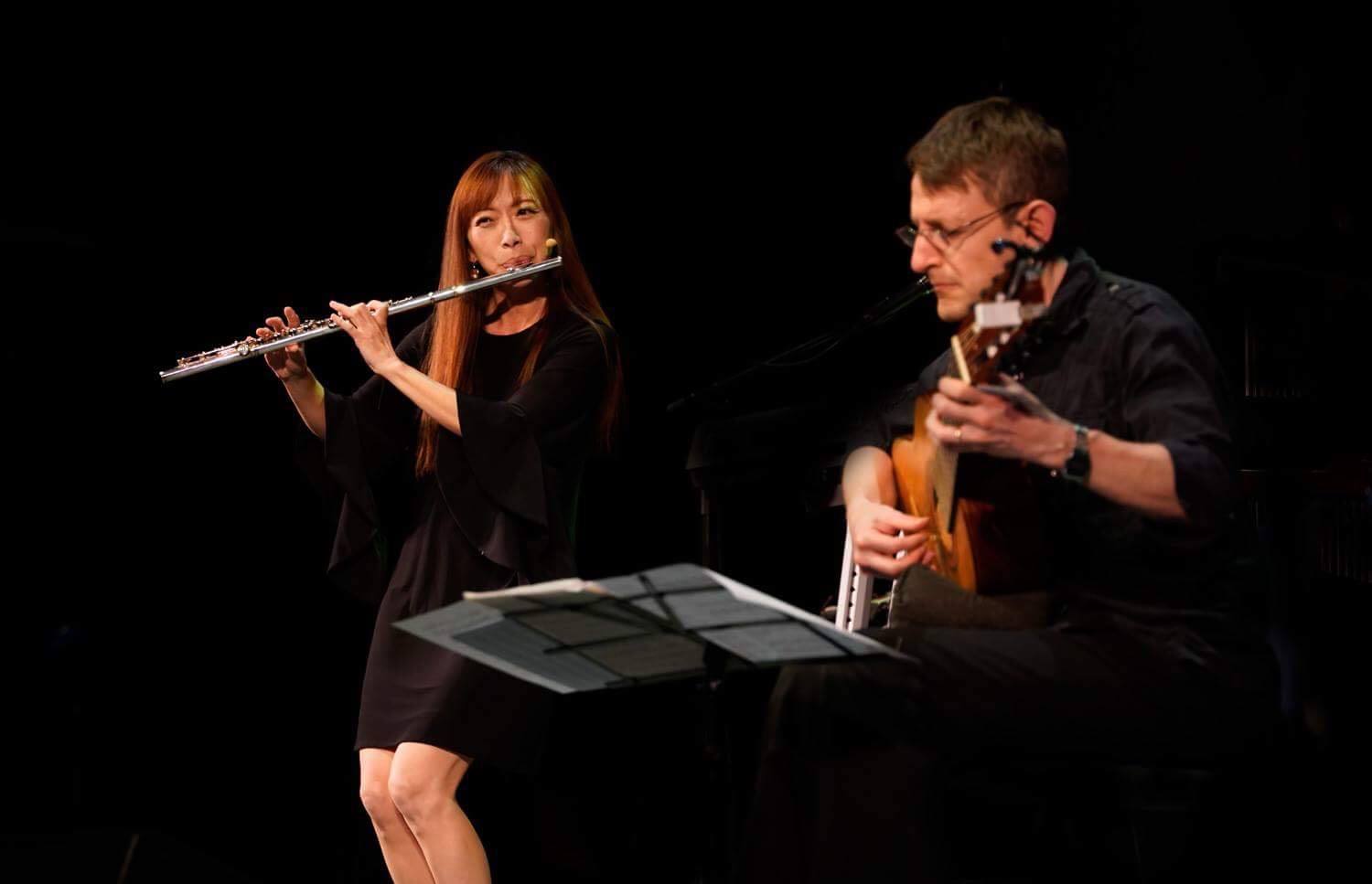 The Transcontinental Duo, formed in 2000 by Igor Golger and Hiroko Kajimoto, performs in various styles, from baroque and classical to funk rock, even though both were students in a classical conservatory setting. They play music from official sources, as well as transcribing music from old phonograph recordings.

Hiroko Kajimoto graduated from the Osaka College of Music, and the Boston Conservatory. Her main instrument is flute, and she also plays many other woodwind instruments, and guitar.

Igor Golger graduated from the Boston Conservatory in guitar performance, and also studied the Russian 7-string guitar, an instrument that has been kept alive in Russia by gypsies and rare classical music enthusiasts.