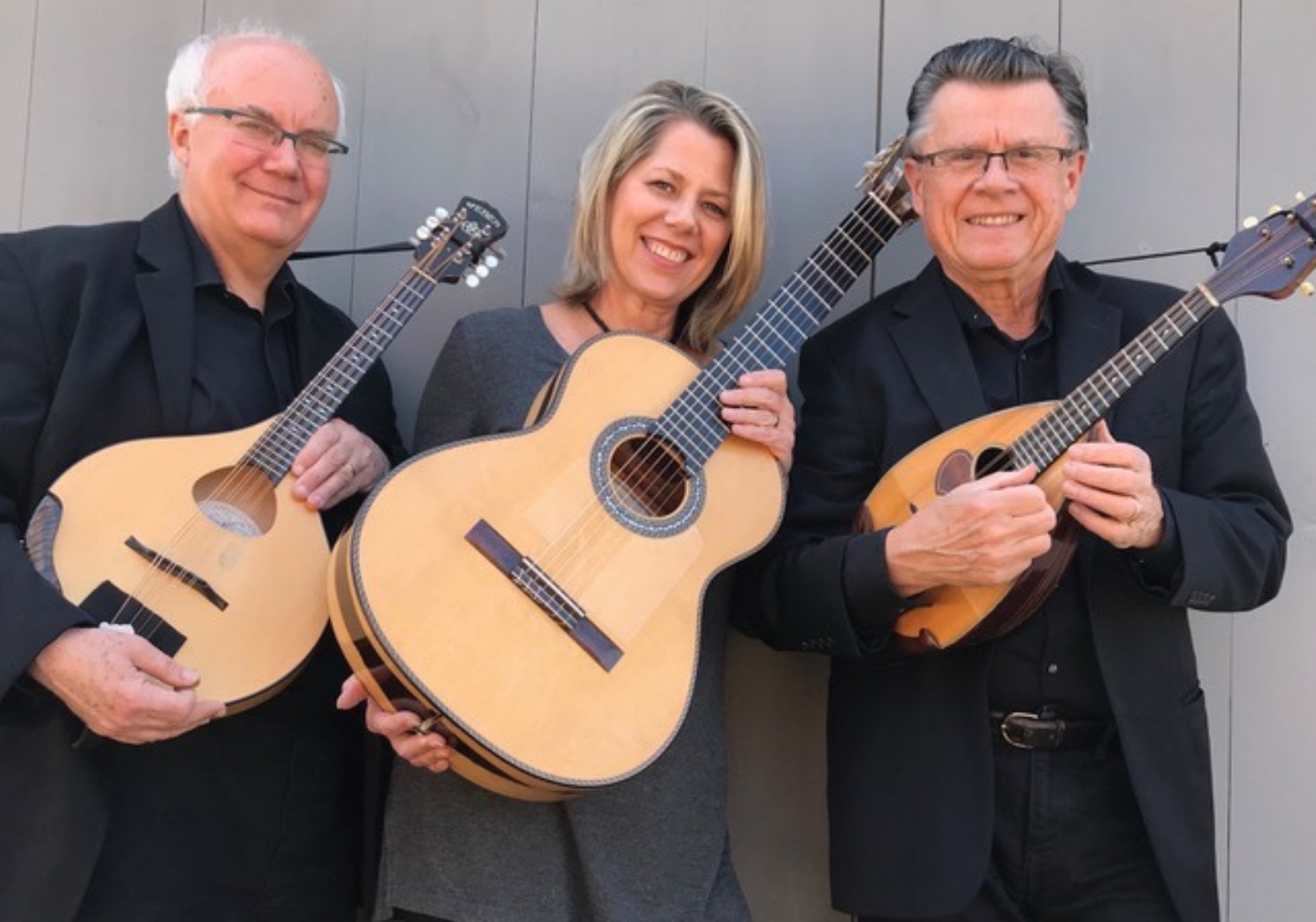 The Hampton Trio (Beverly Davis, Mark Davis, Robert Margo) performs original music and arrangements from baroque to contemporary for an ensemble of classical guitar, mandolin, and mandola in G. Inspired by the groundbreaking work of Trio Nuovo (Japan) and Trio Chamorro (Spain), the Hampton Trio’s mission is to popularize and add to the existing repertoire for this instrumentation.  Recent performances by the Trio include the Vanilla Bean Coffeehouse (Pomfret CT), the “Virtual Summer Event” for the Classical Mandolin Society of America, the “Sunday Sounds” series at the Hingham (MA) public library, and the 46 Festival Internacional de Plectro de La Rioja (Logroño, Spain),

Beverly Davis (classical guitar) has been involved in plucked string ensembles since the 1980’s when she studied classical guitar with Reed Desrosier.  A long-time member and former president of the Providence Mandolin Orchestra, Davis directed the 2001 International Festival of Mandolins in Providence, Rhode Island.  She tours and records in a duo with Mark Davis and with the New American Mandolin Ensemble.  Mark Davis (mandolin) began his guitar and mandolin studies with Hibbard Perry in Rhode Island and continued his musical training with the eminent German guitarist Siegfried Behrend.  Over his career Davis has performed widely in the United States and abroad and has made numerous recordings. He is the Music Director of the Hampton Trio, the Providence Mandolin Orchestra, and the New American Mandolin Ensemble.  Robert Margo (mandola in G) is an accomplished performer on plucked strings. Twice a prize-winner at the national performance competition of the Classical Mandolin Society of America (CMSA), Margo frequently writes articles for the CMSA’s quarterly publication, The Mandolin Journal.  Margo is a member of the New American Mandolin Ensemble and the Providence Mandolin Orchestra.

Visit the Hampton Trio on Facebook and at http://markmdavis.com/the_hampton_trio.