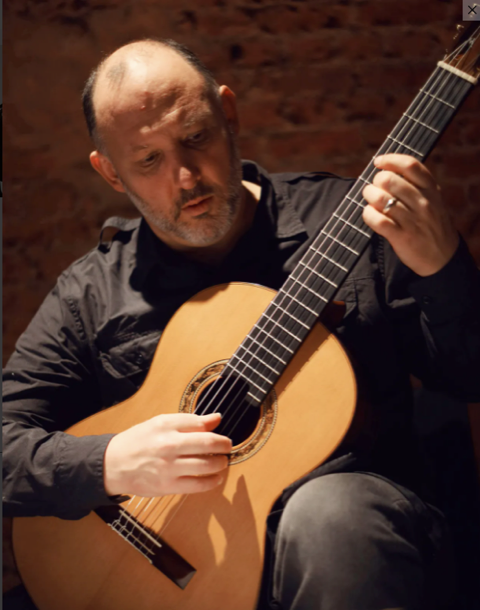 As a recording artist, his discography includes a total of 5 CD’s: His debut CD, “Homage to Piazzolla,” received critical acclaim from the American Record Guide and Classical Guitar Magazine. His second recording titled,“Guitar Sudamericana,” features compositions by José Luis Merlin, Jorge Morel, Eduardo Falú, Antonio Lauro and Villa-Lobos. Most Recently “A Journey through Latin America,” features compositions by Gentil Montaña, Isaac Albéniz, Francisco Tárrega, and José Luis Merlin. As a supporter of chamber music with guitar, Mr. Nigro collaborated to record 2 CD’s with flute and guitar; “Between Flute and Guitar” and “As in Dreams…Reflections for Flute and Guitar” which features the premiere recording of a new composition by José Luis Merlin titled, Agua del Trapcihe.

Michael holds a Master of Music degree in Guitar Performance from California State University, Fullerton and a Bachelor of Music degree in Guitar Performance from Indiana University, Bloomington. His principle teachers were David Grimes and Ernesto Bitetti. He is an active member of the guitar community; he is co-founder of the Long Beach Classical Guitar Society, co-author of “The Essential Classical Guitar Scale Book,” reviewer of new music publications for Soundboard, and sought after teacher and performer.