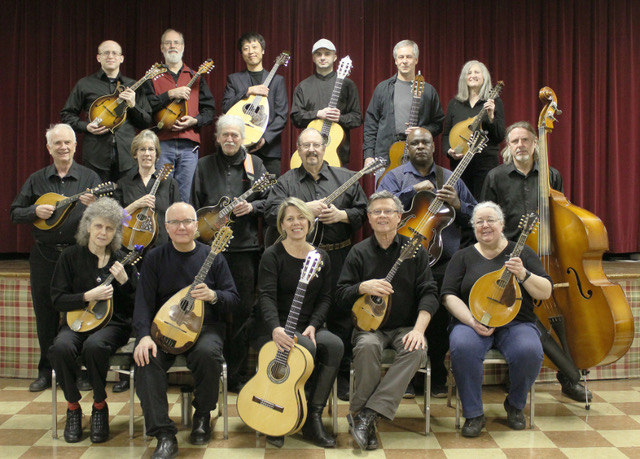 The Providence Mandolin Orchestra was formed and directed by the famous Italian mandolinist Giuseppe Pettine in the 1930’s.  It was later directed by Hibbard Perry.  Mark Davis took over the reins as conductor/music director in 1989.  Since then the PMO has established a reputation as one of the premiere American mandolin orchestras with a reputation for programming original contemporary compositions by such composers as J. Kellaris, F. Wallace, C. Assad, A. Carr-Boyd, R. Charlton, O. Hartford, F. Trester, B. Beath, A. Kruisbrink, and V. Kioulaphides.