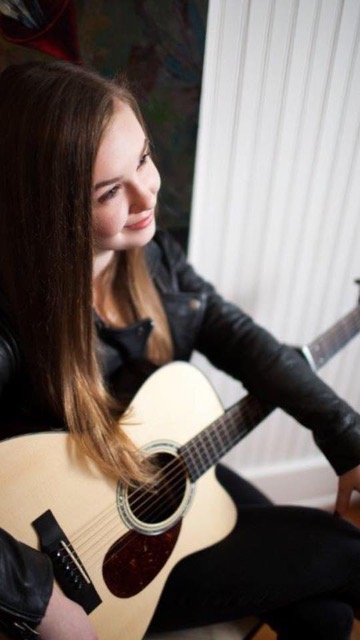 Born in Baton Rouge, Emma Dean quickly found herself growing up in small town, Mississippi. It was here that she decided to pick up the guitar at the age of 6, and has been willing her small hands to grow and reach ever since. Emma also found her voice at a young age, singing and playing in a quaint, wooden church that was filled with true southern tradition, love, and charm. Lucky for Emma, there aren’t many distractions in small town, MS to divert a kid’s attention from the music she sought. In fact, MS was the perfect place to cultivate a serious guitarist and vocalist. Emma became inspired by the musical traditions of the delta (BB King, Robert Johnson, Sister Rosetta Tharpe, Muddy Waters) and was fortunate to encounter one of southern Mississippi’s great blues players, Jeromy Spiers, who became Emma’s mentor and teacher throughout her young childhood. Spiers introduced Emma to the fingerstyle playing of the likes of Chet Atkins, while at the same time Emma began to undertake classical guitar and voice study at age 9 with Hammond, LA’s Patrick Kerber and Dr. David Bernard at SLU. Clearly, Emma’s musical climate for guitar study was as rich as the southern soil she was rooted in- an ideal place for a music kid to grow and bloom. Emma has sought teachers of varied backgrounds and genres (John Konesky of Tenacious D fame, fingerstyle genius Brooks Robertson, John Knowles, CGP, Bobby Stanton, and Guy Van Duser, among others). The music of Tommy Emmanuel was a natural progression for Emma, who has attended Emmanuel’s workshops and camps, and considers performing with him an honor. Along the way, Emma relocated to Austin, TX, in 2013, where she met and has performed with the great Pete Huttlinger, studied with Van Wilks, and has been performing regularly in the rich Austin music scene.

Now, a junior at Berklee College of Music, Emma won her full tuition scholarship as a finalist through Lee Ritenour’s Six String Theory competition.  She will graduate with a double major in Guitar Performance and Music Business Management.  In between her Boston studies, Emma’s past few summers have been spent attending the Chet Atkins convention in Nashville with America’s greatest thumb pickers, performing on Woodsongs Old Time Radio Hour with Eric Johnson, touring across America with several bands, recording several projects, studying at the Rocky Mountain Guitar Camp (on scholarship from Gretsch) and continuing to grow and develop as a young woman in the music world. 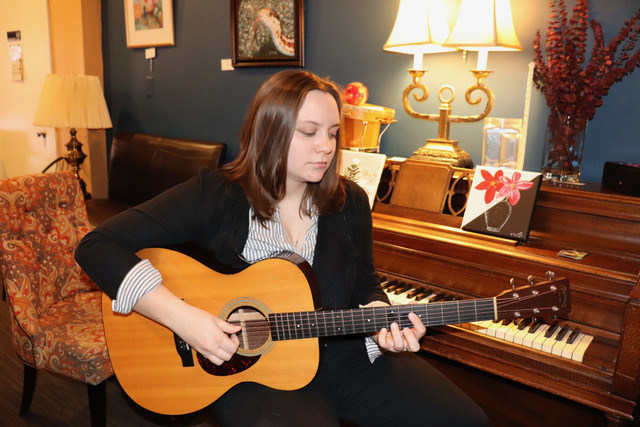 Katie Graves is a fingerstyle guitarist from Columbus, Ohio. She currently studies guitar performance at Berklee College of Music. In Spring of 2022, Katie was awarded the Guitar Department’s top Spring Award, the Jimi Hendrix Scholarship. Katie is the lead student session player in the Guitar/Screen Scoring cross-course collaboration, and, as part of this, gives seminars each semester to the Berklee Film Scoring Department on writing for the classical and electric guitar. Katie also works for the Berklee Vocal Department as an accompanist. Outside of Berklee, Katie works as a studio musician, pit guitarist, transcriber and editor of solo guitar arrangements for publication, and a concert performer. She teaches private lessons, and specializes in finger-style guitar technique including injury rehabilitation, arranging, and reading/writing for the classical guitar.