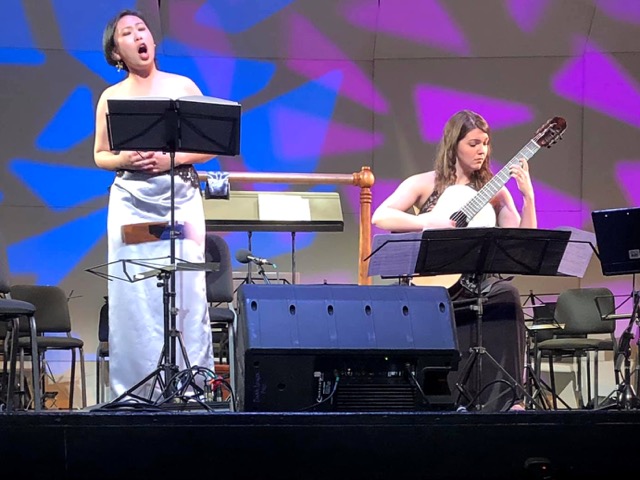 LUCA is known as the Last Universal Common Ancestor. All life derived from this single cell organism who had the ability to translate information between DNA and proteins. This form of communication led to more advanced life forms, and since then mankind has used many mechanisms to communicate including language and music.

Vocalist Meng-Chieh (Mavis) Hsieh and guitarist Jaclyn Jones use both in the Luca Duo. They formed the duo at the Hartt School and came together to continue in the tradition of creating music to share with future generations and communicate on a transcendent level.