Two full days of workshops, classes, and concerts focus on the guitar as an ensemble instrument. This year, we are particularly excited to announce the premiere of a new commission by one of the most significant composers today: Pavel Steidl. 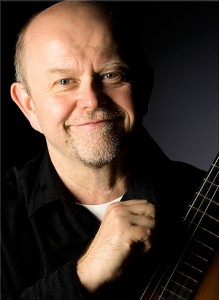 Pavel Steidl was born in Rakovnik (Czech Republic). Since he won first prize at the Radio France International Competition in Paris in 1982 he has become one of the most widely celebrated soloists of his generation. Before that he studied with such guitarists as Milan Zelenka and Stephan Rak in Prague. In 1987 he decided to emigrate to the Netherlands where after years of studying and getting inspiration from many different artists he has created his own style, which incorporates authentic ways of interpreting 19th-century guitar literature on period instruments and going far to some world music elements. Pavel Steidl also composes himself and his own compositions are often played on his concerts.

He has played in more than 40 countries of the world from among Canada, USA, China, India, Japan, Europe, South and Central America and many others. Italian Guitar Magazine Guitart readers voted him as guitar player of the year 2004. Pavel Steidl plays many instruments, but mainly Francisco Simplico (1926) and Franz Butcher (2008), romantic guitar: copies of JG Stauffer guitar made by B. Kresse and original instrument from the beginning of the 19th century Nikolaus G. Ries cca. 1830.