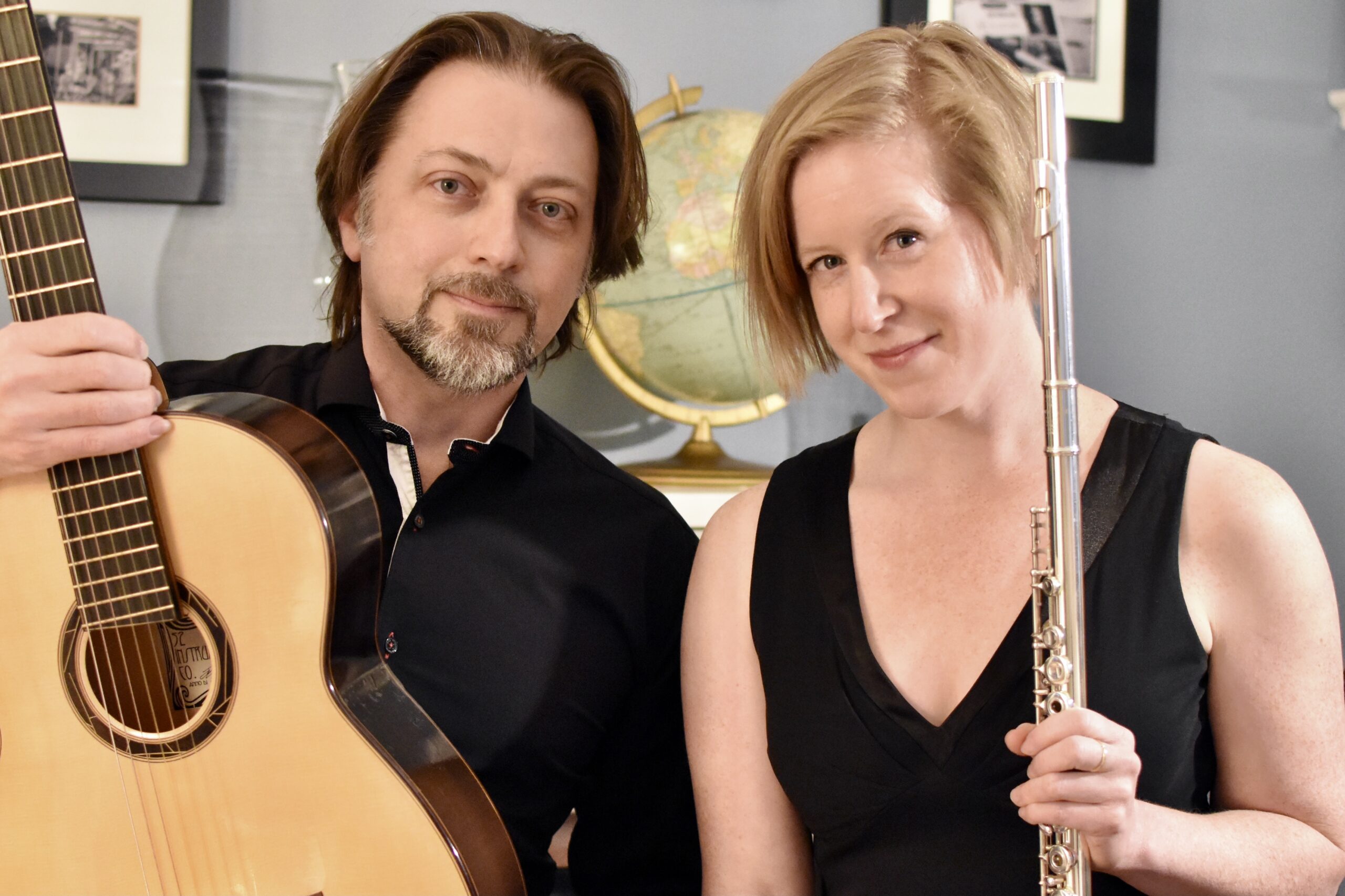 Join the Boston Classical Guitar Society for a special performance at the Hingham Public Library by guitar and flute duo, Michael Bester and Amanda Roeder.

Amanda Roeder is a multi instrumentalist and music educator, adjudicator, and performer. Since 2014 she has directed the choral ensembles and an award winning a cappella program at Chelmsford High School in Chelmsford, MA. She is an experienced musical theater director and pit orchestra musician for scholastic and community productions throughout northeastern Massachusetts. A passionate educator and community builder, she has served on the boards of numerous organizations that promote quality music education, including the Massachusetts Music Educators Association, the Contemporary A Cappella Society, and the NE Voices festival. She holds degrees in music education from the University of Massachusetts and Gordon College.

Michael Bester is an acoustic and electric guitarist, bassist, arranger, producer, and composer. He is versed in numerous styles, from classical and jazz to rock and pop and beyond. In recent years, he has performed in the Bester Papineau guitar duo, as well as in pit orchestras for theatrical productions in the greater Boston area. He holds a degree in music performance from the University of Miami.