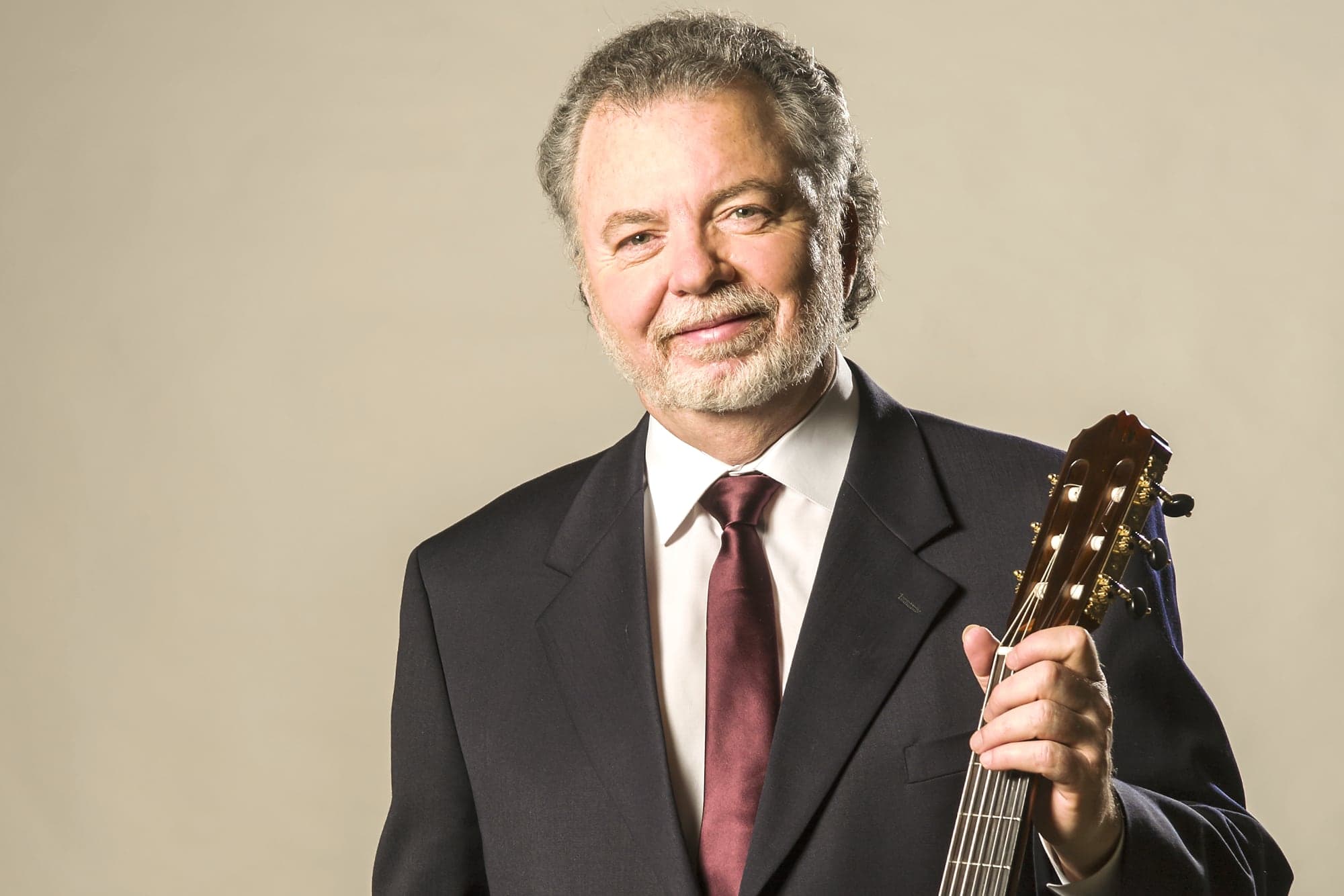 Legendary guitarist Manuel Barrueco is internationally recognized as one of the most important guitarists of our time. His unique artistry has been continually described as that of a superb instrumentalist and a superior and elegant musician, possessing a seductive sound and uncommon lyrical gifts.

His career has been dedicated to bringing the guitar to the main musical centers of the world such as the Musikverein in Vienna, Concertgebouw in Amsterdam, Royal Albert Hall in London, Philharmonie in Berlin, Teatro Real in Madrid, and Palau de la Musica in Barcelona. He has completed a dozen tours of Japan and made repeated appearances in Korea, Taiwan, Singapore, China, and Hong Kong, and in Latin America he has performed in Mexico, Brazil, Colombia, Costa Rica, Panama and Puerto Rico.

Barrueco’s commitment to contemporary music and to the expansion of the guitar repertoire has led him to collaborations with many distinguished composers such as Steven Stucky, Michael Daugherty, Roberto Sierra, Arvo Pärt, Jonathan Leshnoff, Gabriela Lena Frank, Dmitri Yanov-Yanovsky, and Toru Takemitsu.

Manuel Barrueco has appeared on a wide array of television programs including “CBS Sunday Morning”, A&E’s “Breakfast with the Arts”, and “Mister Rogers’ Neighborhood” on PBS. He was featured in a Lexus car commercial, and his work in music inspired Michael Lawrence’s biographical documentary: “Manuel Barrueco: A Gift and a Life”.

Barrueco’s recording catalogue includes over a dozen recordings for the EMI label. His recording of Joaquín Rodrigo’s Concierto de Aranjuez with conductor and tenor Plácido Domingo and the Philharmonia Orchestra was cited as the best recording of that piece in Classic CD Magazine.


In 2007 Manuel Barrueco received a Grammy nomination for the “Best Instrumental Soloist Performance” for his Solo Piazzolla, which was the first recording to be released on his exclusive Manuel Barrueco Collection on Tonar Music. Tango Sensations and Sounds of the Americas followed in collaboration with the Cuarteto Latinoamericano, the latter received a Latin Grammy Award for “Inca Dances” by Gabriela Lena Frank for “Best Classical Contemporary Composition.” In 2010 he released, Tárrega!, which received a Latin Grammy nomination for “Best Classical Album,” Medea, which includes Barrueco’s arrangement of the ballet by flamenco guitarist/composer Manolo Sanlúcar recorded with the Tenerife Symphony Orchestra and Víctor Pablo Pérez conducting and received a Latin Grammy nomination for “Best Classical Album” as well. His latest release is China West, a recording of guitar trios in collaboration with his protégés, the Beijing Guitar Duo.

Manuel Barrueco began playing the guitar at the age of eight in his native Cuba. He and his family immigrated to the United States in 1967 as political refugees. Later, he completed his advanced studies at the Peabody Conservatory of Music, where he now shares his love for music with a small number of exceptionally gifted young guitarists from all over the world.