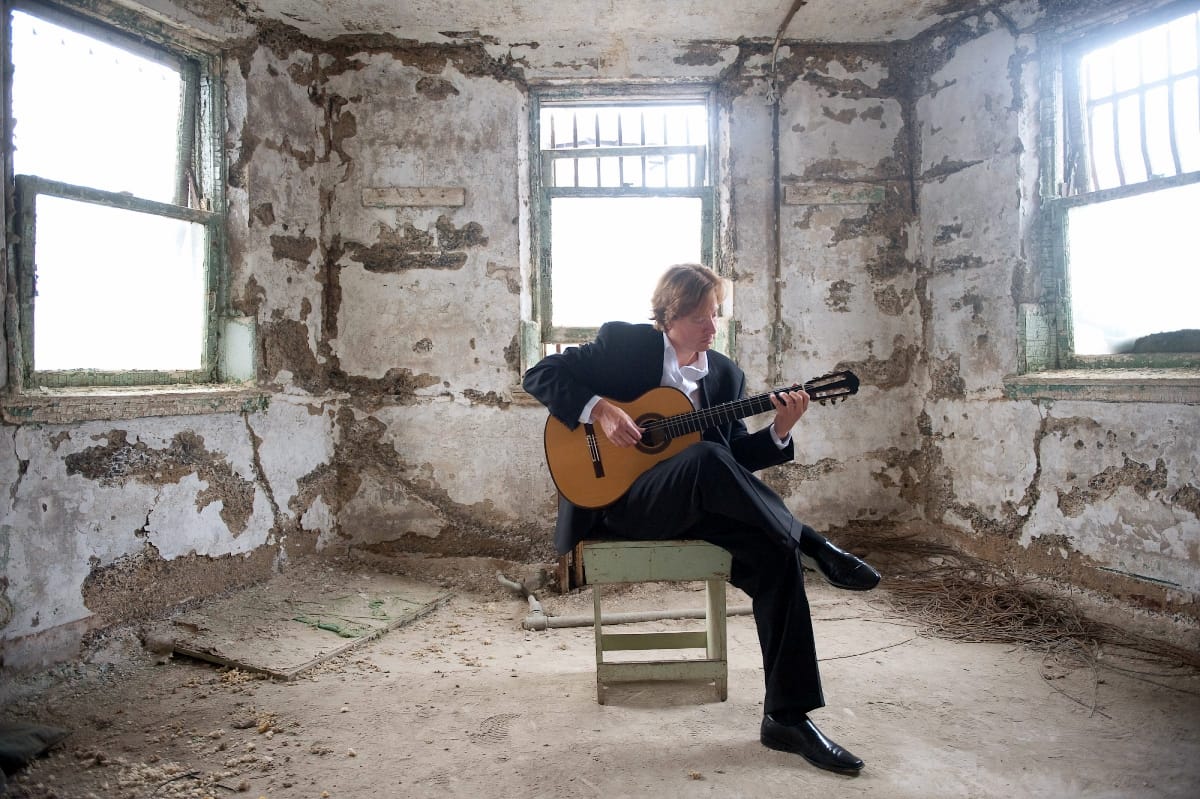 Jason Vieaux, “among the elite of today’s classical guitarists” (Gramophone), is the guitarist that goes beyond the classical. In the ten years since his last BCGS performance, Jason has been hard at work touring the world and adding to his extensive discography. His album Play received the 2015 Grammy Award for Best Classical Instrumental Solo, and we can’t wait to see what he has in store for us this year.

In 2012, the Jason Vieaux School of Classical Guitar was launched with ArtistWorks Inc., an interface that provides one-on-one online study with Vieaux for guitar students around the world. In 2011, he co-founded the guitar department at the Curtis Institute of Music, and in 2015 was invited to inaugurate the guitar program at the Eastern Music Festival. Vieaux has taught at the Cleveland Institute of Music since 1997, heading the guitar department since 2001. He has received a Naumburg Foundation top prize, a Cleveland Institute of Music Distinguished Alumni Award, GFA International Guitar Competition First Prize, and a Salon di Virtuosi Career Grant. His primary teachers were Jeremy Sparks and John Holmquist. Vieaux was the first classical musician to be featured on NPR’s “Tiny Desk” series. Jason Vieaux plays a 2013 Gernot Wagner guitar with Augustine strings.