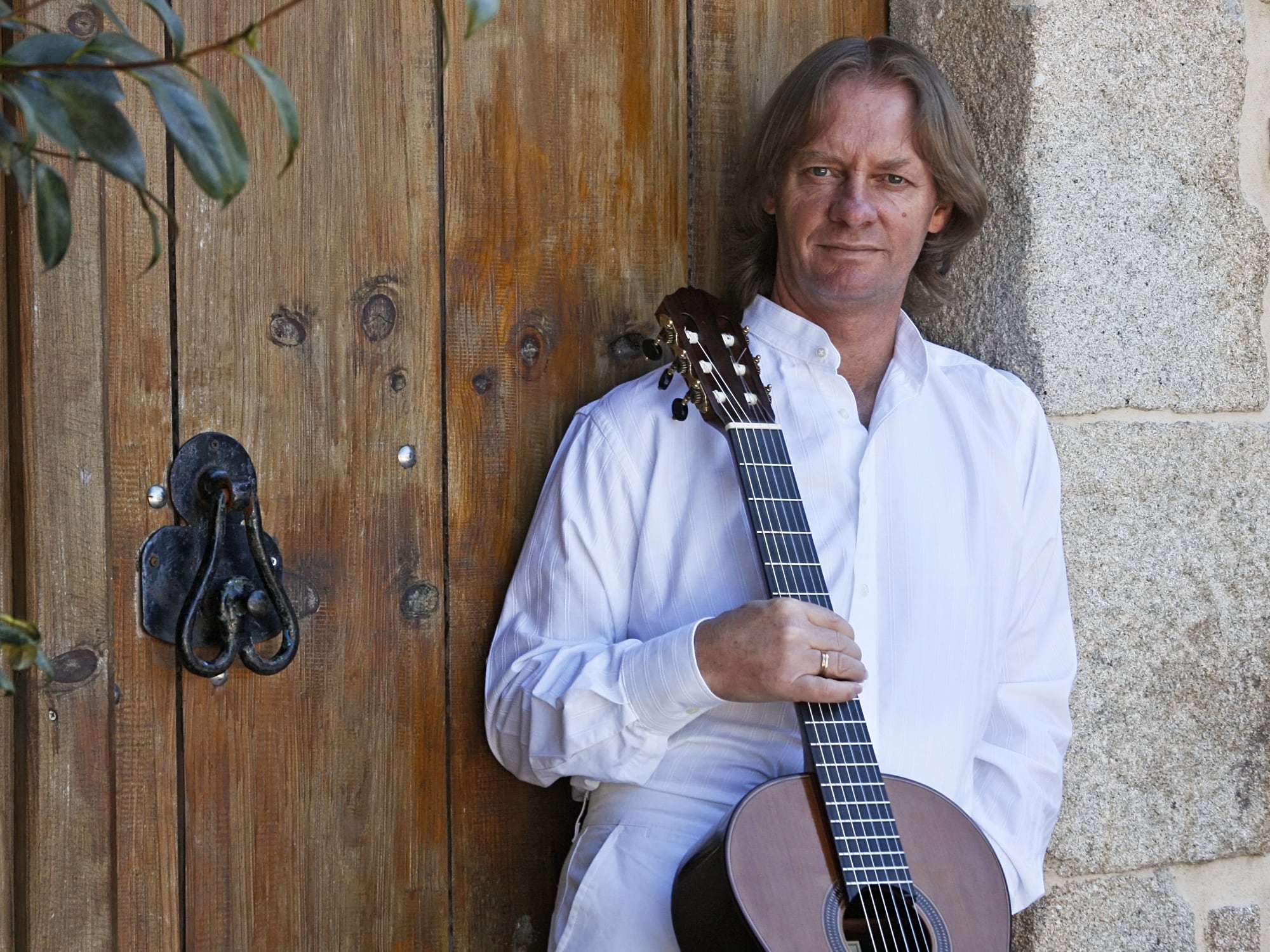 Due to the coronavirus pandemic, David Russell’s concert on April 25th has been postponed.

David Russell has performed for the BCGS twice before, and each time his signature warmth, charisma, and extraordinary musicianship have left us feeling uplifted and inspired. We are all disappointed by this outcome, but we believe it is in the best interest of our community to reschedule his concert for a future season.

If you have already purchased a ticket to David Russell’s concert, we ask that you consider donating it to our society to support our 2020-21 concert series. If you would prefer to receive a refund, please contact us by April 25th.

Thank you for your support of the BCGS. We hope you and your families stay healthy and look forward to reconnecting with you soon.

GRAMMY award-winning classical guitarist David Russell is world-renowned for his superb musicianship and inspired artistry, having earned the highest praise from audiences and critics alike. In recognition of his great talent and his international career, he was named a Fellow of The Royal Academy of Music in London in 1997.

David Russell spends his time touring the world, appearing regularly at prestigious halls in main cities, such as New York, London, Tokyo, Los Angeles, Madrid, Toronto or Rome. Concert-goers everywhere are in awe of his musical genius and inspired by his captivating stage presence. His love of his craft resonates through his flawless and seemingly effortless performance. The attention to detail and provocative lyrical phrasing suggest an innate understanding of what each individual composer was working to achieve, bringing to each piece a sense of adventure.

During his studies at the Royal Academy, David Russell won twice the Julian Bream Guitar Prize. Later he won numerous international competitions, including the Andrés Segovia Competition, the José Ramírez Competition, and Spain’s prestigious Francisco Tárrega Competition. Upon hearing him play in London, Andrés Segovia wrote: “My congratulations on your musicality and guitaristic technique”.

Called “a talent of extraordinary dimension” by the New York Times, David recently received an Honorary Doctor of Music degree from the University of Arizona (Tucson). In addition to his musical activities, David, along with his wife, Maria Jesus, run a charitable non-governmental organization that focuses on education and water management.