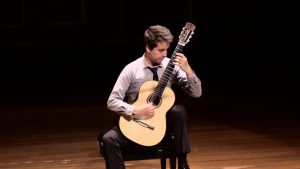 American classical guitarist, Xavier Jara (1993), is the 1st prizewinner of the 2016 GFA International Concert Artist Competition.  A native of Minnesota, Jara was a student of Alan Johnston at the MacPhail Center for Music in Minneapolis until 2011 when he moved to Paris, France to study with Judicael Perroy.

Jara studied in Paris for six years with Perroy.  During this time he completed his Bachelor’s Degree at the Conservatoire National Supérieur de Musique de Paris where he also studied with French guitarist, Olivier Chassain, and lute master, Eric Bellocq.  He received 1st place in a number of international competitions including the Boston Guitarfest (2014), the Gargnano, Italy Competition (2015) and the Tokyo International Competition (2016).  In 2016, Jara returned home to the United States to win the Guitar Foundation of America’s Rose Augustine Grand Prize. 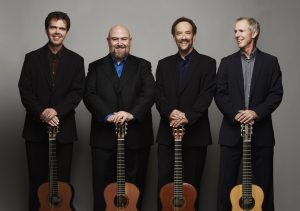 The Grammy Award-winning LAGQ is one of the most multifaceted groups in any genre. The LAGQ is comprised of four uniquely accomplished musicians bringing a new energy to the concert stage with programs ranging from Bluegrass to Bach. They consistently play to sold-out houses world-wide. Their inventive, critically acclaimed transcriptions of concert masterworks provide a fresh look at the music of the past, while their interpretations of works from the contemporary and world-music realms continually break new ground. Programs including Latin, African, Far East, Irish, Folk and American Classics transport listeners around the world in a single concert experience.

Capturing sounds and styles of music from around the globe, LAGQ’s 2017-18 program will feature works as diverse as “Music from the Time of Cervantes”, J.S. Bach’s spirited Brandenburg Concerto No. 6 and Brazilian jazz. Opals is a fascinating work by Phillip Houghton, where he represents the glints and sparkles emanating from the national gemstone of his native Australia in vivid sonic form. The highlight of the program will be New England premiere of Road to the Sun, written for the LAGQ by guitar legend Pat Metheny. This six-movement work is a mind-blowing journey through the musical worlds of Metheny, including jazz, groove, ballad, rock and expressionist elements. Not to be missed!  Additionally, performances of Andrew York’s  “By Chants” premiered in 2017 and Shingo Fujii’s  “SHIKI: Seasons of Japan,” both written for the LAGQ plus guitar orchestra, continue to connect communities across the nation.  The Rodrigo “Concierto Andaluz” and Sergio Assad’s “Interchange”, written specifically for them, help draw diverse audiences to orchestral programs around the world.

“New Renaissance” is the ensemble’s most recent recording.  In addition to the Grammy award-winning “Guitar Heroes” CD, releases include the Grammy-nominated “LAGQ-Latin”, and“LAGQ: BRAZIL”, which includes collaborations with vocalist Luciana Souza.  Their recording of the Rodrigo “Concierto Andaluz” and Sergio Assad’s “Interchange” quickly climbed to the top spot on the Billboard charts; the latter work received a Latin Grammy nomination.  The live DVD of “The Ingenious Gentleman: Don Quixote” was released on the Mel Bay label in spring 2012. 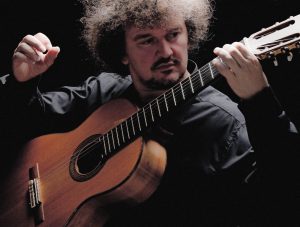 A native of Zagreb (Croatia) and born in 1969, Zoran Dukic was presented with a guitar at the early age of six. Today he is one of the most distinguished classical guitarists of our time. His performances, in recital or with an orchestra, leave long-lasting impressions on audiences and critics alike. There a unique quality in Mr. Dukić’s playing that allows the listener to experience the piece as if it was being heard for the first time, always fresh and always exciting. In the critics’ words:

“A thrilling concert… the audience was on its feet already after the first piece… a phenomenal evening” GEVELSBERGER ZEITUNG, Germany

“… after two minutes the audience was breathless,… the string genius from Zagreb showed both technical brilliance and tenderness,… with the artistic potential and expressive power of life itself,… This is a musician not a guitarist.” KÖLNISCHE RUNDSCHAU, Germany

He graduated from the Music Academy of Zagreb under the guidance of Darko Petrinjak and later completed his studies with Hubert Käppel at the Hochschule für Musik in Cologne.

In his “tour de force” competition years (1990-1997) he won virtually every prize, being the only guitarist to have won both “Andrés Segovia” competitions, in Granada and in Palma de Mallorca. Showing astounding mastery in a wide variety of musical periods and styles he also won competitions dedicated to “Fernando Sor”, “Manuel Ponce”, “Manuel de Falla”, “Francisco Tárrega” among many others. In the greatest Spanish guitar competition in Madrid, patronized by the Royal Family, he was awarded, in addition to the first prize, the special prize for the best interpretation of Spanish music (first time awarded to a non-Spaniard). In numerous competitions he was selected by the audience for the Public Prize, a self-evident testimony to his natural ability to communicate through music with any audience.

“…what a power for captivating the attention of the audience!” VIOLÃO INTERCAMBIO, Brazil

“Identifying with the very core of the piece of music and successful transmission of his own vision to the audience is a highest achievement of the concert artist. Zoran Dukic innately has these qualities.” VIJENAC, Croatia

Saturday and Sunday, March 17-18, 2018. Hosted by Longy School of Music of Bard College

Two full days of workshops, classes, and concerts focus on the guitar as an ensemble instrument. This year, we are particularly excited to announce the premiere of a new commission by one of the most significant American composers today: Robert Beaser.

Robert Beaser has emerged as one of the most accomplished creative musicians of his generation. Since 1982, when the New York Times wrote that he possessed a “lyrical gift comparable to that of the late Samuel Barber,” his music has won 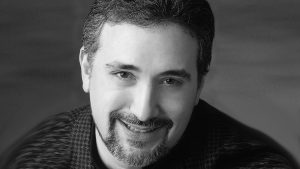 international acclaim for its balance between dramatic sweep and architectural clarity. The Baltimore Sun writes “Beaser is one of this country’s huge composing talents, with a gift for vocal writing that is perhaps unequaled.” His opera The Food of Love, with a libretto by Terrence McNally, is part of the Central Park trilogy, which opened to worldwide critical accolades at Glimmerglass and New York City Opera. Televised nationally on PBS Great Performances, it received an Emmy nomination in 2000. 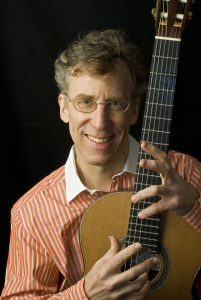 adventurous and virtuosic repertoire. He is also celebrated for his willingness to take art music into unusual venues (schools, senior centers, and even logging camps and prisons!). After nearly 50 years before the public he remains as his mentor Andres Segovia once wrote, “at the top line of our artistic world.”

Described by one New York Times headline as a “Fiery Missionary to the Unconverted”, Eliot Fisk is Professor at the Universität Mozarteum in Salzburg, Austria, where he teaches in 5 languages, and in Boston at the New England Conservatory where in 2010 he received the Krasner Award as “Teacher of the Year.” 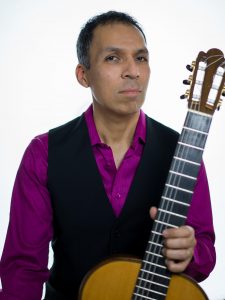 Widely regarded as one of the most important classical guitarists in history, Jorge Caballero is the youngest musician and only guitarist to win the prestigious Naumburg International Competition Award. A native of Lima, Peru, Mr. Caballero has performed as a soloist with the Los Angeles Philharmonic, the Orchestra of St. Luke’s, the New York Chamber Symphony and the Presidential Symphony of Ankara, Turkey, among others. His US recital appearances include New York’s Alice Tully Hall and Metropolitan Museum of Art, Washington’s Library of Congress, San Francisco’s Palace of Fine Arts and Los Angeles’s Da Camera Society. Internationally he has given recitals in Europe, Asia and Latin America.

Mr. Caballero is renowned for his historic recordings including Antonín Dvorâk’s “New World” Symphony transcribed for solo guitar, and Modest Mussorgsky’s “Pictures at an Exhibition”, making him one of only two guitarists in history to perform and record these pieces. His Musical Heritage CD of Bach Cello Suites, was highly praised by critics, drawing comparisons to Casals, Rostropovich and Segovia. Mr. Caballero was given the great distinction of being asked to perform on a 1940 Hauser I guitar (formerly played by Julian Bream) in three videos produced by the Metropolitan Museum of Art.
In 2018 he will be releasing a new album through the Brazilian label Guitar Coop, featuring his arrangements of works by Isaac Albéniz.