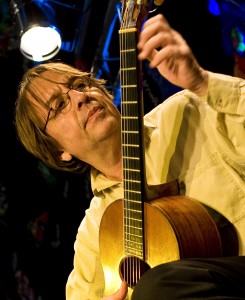 If your group is unable to stay for both days of the festival, we welcome one day participants as well.

NEGEF is generously supported by the Augustine Foundation and by the D’Addario Foundation. We are grateful for their continued commitment to this annual event and ongoing project to explore and promote the artistic, educational, and community-building potential the guitar ensembles.

09:00 AM Registration and Setup

08:30 AM Registration and Setup

04:00 World Premiere of Naokolo (Around Dance)

A richly gifted composer, improviser and guitarist, Dusan Bogdanovic has explored musical languages that are reflected in his style today- a unique synthesis of classical, jazz and ethnic music. As a soloist and in collaboration with other artists, Bogdanovic has toured extensively throughout Europe, Asia and the United States. His performing and recording activities include work with chamber groups of diverse stylistic orientations including The Falla Guitar Trio and jazz collaborations with James Newton, Milcho Leviev, Charlie Haden, Miroslav Tadic, Mark Nauseef, Anthony Cox and others. He has over fifty published compositions ranging from guitar and piano solo works to chamber and orchestral ensembles (Berben, GSP, Doberman-Yppan et al.), as well as close to twenty recordings ranging from Bach Trio Sonatas to contemporary works (Intuition, GSP, Doberman-Yppan, M.A. Recordings et al.).

Frank Wallace: As It Could Be

Eight works composed by Frank A. Wallace in winter 2014 comprise this chamber suite commissioned by and dedicated to the 50th Anniversary of the Hartt School of Music Guitar Department and its founder/director Richard Provost. The project was conceived at dinner following a concert of the New England Guitar Quartet at the Hartt Festival in the summer of 2013. My interest in writing chamber music melded perfectly with Dick’s desire to plan a celebration/concert for the Anniversary. The work was inspired by one of Dick’s favorite poems, The Man with the Blue Guitar by Wallace Stevens (a resident of Hartford, CT). This incredible testimony to art and its role in changing society became inspiration for the music and titles. The possibilities for chamber music with guitar, guitar orchestra and ensembles are only beginning to be fully realized.

As It Could Be begins with Changes Upon the Guitar, signifying past and future changes to our community as well as a reference to the ancient tradition of “change ringing” upon a set of tuned bells. Seven guitars play diatonic patterns derived from the names of the performers that create a layering of overtones that ring out from the cacophonous texture. Violin and viola join with competing melodic lines, a symbolic call to honor both this Guitar Department and it’s leader with a noble “call to worship,” as well as the changes that started 50 years ago within the guitar community that have led to this marvelous moment in time. Thanks to the Augustine Foundation for their support of this project. Let us imagine a future as it could be: “Things as they are / Are changed upon the blue guitar.” [Stevens]

Described in 2012 by Fanfare Magazine as “an excellent guitarist as well as an imaginative composer,” José Manuel Lezcano is Professor of Music at Keene State College where he directs the Guitar Orchestra and Latin Ensemble, and teaches guitar and courses in Latin American music. As a member of the KSC Music Faculty for over two decades, Dr. Lezcano’s guitar students have been frequent winners of the Department’s and College’s highest awards and scholarships. He is a twice Grammy-nominated composer and guitarist, twice New Hampshire Music Educators’ Commissioned Composer, Fulbright scholar, recipient of KSC’s Distinguished Research Award, and critically acclaimed guitarist with solo, chamber, and concerto performances at venues and festivals in China (for Apple Hill’s Playing for Peace Project), Brazil, Ecuador, Czech Republic, Germany, Peru, Spain, Crete, Colombia, and New York City, where he premiered two Guitar Concerti of his authorship with the North South Consonance Orchestra and conductor Max Lifshitz in 2005 and 2013. He was commissioned in 2011 by New England Meet the Composer (a guitar orchestra work for the Boston Guitar Society).

Zaira Meneses is among the most exciting performers on the international classical guitar circuit. Her musicality and charisma have delighted audiences on three continents. Recent achievements include a special prize from Italy’s prestigious Academia Chigiana and the recording of several solo CDs available at her website. She has also aroused considerable interest through postings of live performances on Youtube. Zaira Meneses was born in Xalapa, Mexico. From an early age she showed great talent for music, studying both classical guitar and voice. She traveled widely, performing as well with the famed Orquesta de Guitarras. At the age of 17 and as the youngest contestant, she won first prize in an important national concerto competition. This success led to performances of Joaquin Rodrigo’s Concierto de Aranjuez and Concierto Madrigal for two guitars throughout Mexico.

Since moving to the USA in 2001, Meneses has built a stellar reputation for her warm sound, limpid technique, and superb natural musicality, performing in many of the great concert halls of the world, including Boston’s Jordan Hall, New York City’s Alice Tully Hall, and Salzburg’s Wiener Saal. An unusual aspect of her work in chamber music have been collaborations with eminent pianists such as Jon Kimura Parker and Virginia Eskin, with whom she has often appears in lecture-recital format. Meneses has served as artist in residence at prestigious universities throughout the United States and recently began a long-term association with Syracuse University. Zaira Meneses is Director of Community Outreach and Student Affairs for the Boston Guitar Fest and Artistic Director of the new cross-disciplinary cultural initiative Guitar and Friends, for which she was awarded a grant by the Albert Augustine Foundation. In both of these positions she continues to enliven the cultural life of the city of Boston through outreach activities while maintaining a demanding touring schedule in the Americas and Europe.

William Riley has an active career as a guitarist and educator. In 2014 he was appointed to the faculty of Longy School of Music of Bard College to teach classical guitar and chamber music. Since 2000 he has been a faculty member in the Department of Music at the University of Massachusetts Dartmouth, teaching classical guitar and several music courses. He is also on the music faculty at New England Conservatory Preparatory School, and teaches a large studio of young guitarists as Director of the Childbloom Guitar Program of Boston. A frequent performer as both a soloist and chamber musician, William Riley has also recorded and premiered several new works for solo guitar, including Remembrances of Jerusalem by Israeli composer Lior Navok, for which he was praised for his “insightful playing” by Classical Net and called a “fine soloist” by American Record Guide. His transcription and recording of Enrique Granados’ Spanish Dance No. 12 is featured on that composer’s Wikipedia page. Chamber music recitals include appearances with Music at Eden’s Edge; Monadnock Music; Gloria Dei Cantores; performances for the Noon Concert Series at the Boston Athenaeum; King’s Chapel Noon Series; and a performance on the “First Monday at Jordan Hall” Concert Series, among many others.