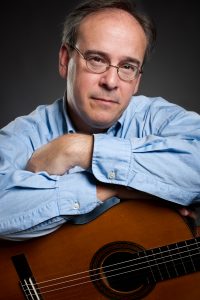 Adam Holzman is unquestionably one of the most important classical guitarists in the United States, so we are very excited to start our concert season with his solo recital. Since winning the 1983 Guitar Foundation of America competition, Adam has performed at some of the most prestigious concert venues throughout the world, including New York’s Carnegie Hall and Amsterdam’s Concertgebouw. He has been featured on the covers of Classical Guitar Magazine, and GuitArt Magazine.

As founder of the guitar department at University of Texas (Austin), Adam is a legendary teacher and mentor to new generations of guitar professionals. His students have won a large collection of international prizes and are some of the biggest movers and shakers on the American classical guitar scene. 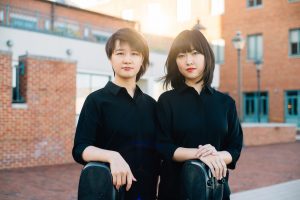 The BCGS is pleased to welcome one of the world’s brightest young guitar duos for our second concert of the fall. Meng Su and Yameng Wang began their international career at Carnegie Hall in 2010. This past season took them to Germany, Italy, Denmark, Switzerland, Serbia, China, and the United States. The Duo has also toured extensively with their mentor Manuel Barrueco, appearing throughout Europe and America.

The Beijing Guitar Duo’s performances and recordings have impressed the public with “an ability and artistry that exceeds their years” (Baltimore Magazine). Their debut CD Maracaípe, received a Latin-GRAMMY nomination for the titled piece, which was dedicated to them by renowned guitarist/composer Sergio Assad. Their second CD, Bach to Tan Dun, has been widely noted for the world-premiere recording of Tan Dun’s Eight Memories in Watercolor. A recording in trio, China West, with Maestro Barrueco was released in May 2014 to critical acclaim.

In addition to concertizing, the members of the duo share a love for teaching which brings them to major conservatories in the world for master classes and lectures, as well as community outreach events. They were Artists-in-Residence for San Francisco Performances from 2011-2015. 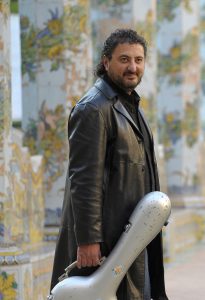 Aniello Desiderio is a wildly gifted musician and one of the strongest interpretive voices on our instrument. He has been praised by celebrated artists Chick Corea and John McLaughlin. He is uncommonly adept at moving from classic masterpieces to modern repertoire and we can’t wait to hear him in his debut recital for the BCGS.

Born in Naples, Italy, in 1971, Aniello began to perform at eight years old, and quickly garnered acclaim at concerts and competitions. He attended classes with Leo Brouwer and graduated from Conservatorio Antonio Vivaldi in Alessandria.

Since beginning his international career in 1989, Aniello Desiderio has toured extensively as soloist and chamber musician, leaving critics and audiences in awe. He was a featured artist at Lorin Maazel’s 70th birthday celebration. In 2009, he performed with the Quebec Symphony Orchestra in Canada and toured Europe. In 2010, Aniello appeared with Angel Romero, playing Rodrigo’s Concerto Madrigal, and gave masterclasses at the Mozarteum of Salzburg. In 2014 he toured America, and made his debut at New York’s Carnegie Hall.

Saturday and Sunday, March 18-19, 2017. Hosted by Longy School of Music of Bard College 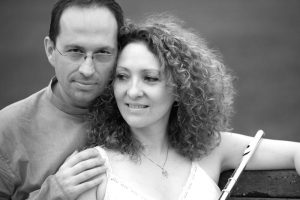 We are again pleased to present NEGEF 2017 at the Longy School of Music in Cambridge, this time featuring the exquisite Cavatina Duo. We remember Denis Azabagic and Eugenia Moliner’s first concert for the BCGS around the turn of the decade as truly one of the best guitar/flute concerts we’ve ever heard. Their infectious energy, sheer virtuosity, and sensitive interpretations amplify the considerable potential of this classic instrumental combination. Their latest project and recording is Sephardic Journey, which casts culture from the past in a new light: creating new music compositions inspired by melodies from the Sephardic Jews of Spain. 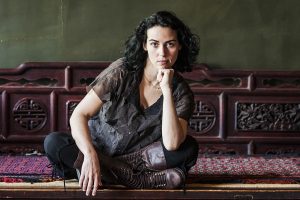 Since we have a flute/guitar duo in residence for the festival, I also encourage the participation of ensembles with guitar that include other instruments, for coaching, workshop, and performance opportunities. If you are interested in bringing your ensemble (any level) to the festival, please contact us. 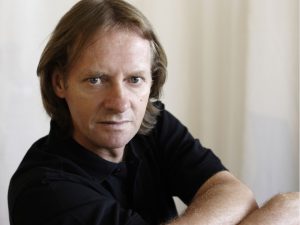 David Russell returns to the BCGS four years after his mesmerizing first concert. Of course, his brilliant technique, beautiful tonal colors, and legendary interpretations are well known to us from his acclaimed recordings, including the Grammy-winning Aire Latino.

Watching and listening to him in recital, however, is an altogether different experience. Back in 2013, along with his takes on Couperin and Granados, his gorgeous arrangements of Celtic songs stood out: legato melodies that seemingly defied the physical limitations of plucked strings, cascading chords that took our imaginations to the natural beauty of Scotland and Ireland, and fingers that seemed to effortlessly float above the strings. Every classical guitar enthusiast must hear David Russell live for the inimitable joy and pure beauty of his sound, reminding us why we fell in love with the guitar in the first place.

Called “a talent of extraordinary dimension” by the New York Times, David recently received an Honorary Doctor of Music degree from the University of Arizona (Tucson). In addition to his musical activities, David, along with his wife, Maria Jesus, run a charitable non-governmental organization that focuses on education and water management.

We recommend purchasing your tickets in advance as David’s last concert was a sellout.