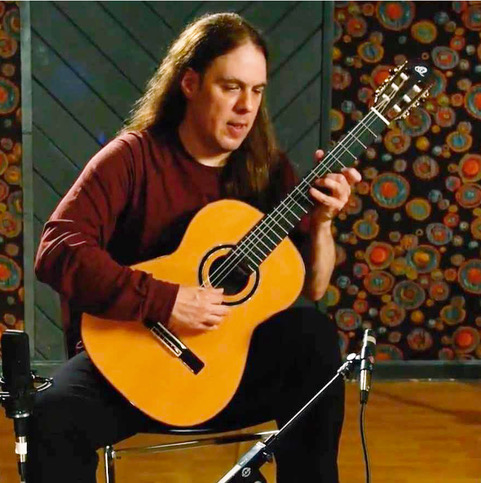 After graduating from Berklee College of Music in 2000 as a Performance Major, Steve became a founding member of The Back Bay Guitar Trio. He has since toured Europe and North America, with 30 album credits to his name. Steve is currently performing every week at Faneuil Hall, as well as teaching at The Ivy Music Academy in Norfolk, and has recently completed The Interdisciplinary Music Studies Degree Program through Berklee Online.

In 2004, Steve won the Northeast Regional Finals of Guitar Center’s National Guitar Competition. In 2007 and 2008, he taught at Berklee College Of Music during Summer Guitar Sessions. In 2014, he received The Outstanding Arts Instructor Award from Bentley University in Waltham, MA. In 2019, Steve performed with The Boston Modern Orchestra Project, The Cape Cod Symphony, and The Pro Arte Chamber Orchestra.

For the past 22 years, Steve has performed annually for The Boston Classical Guitar Society through their series at The Hingham Library.