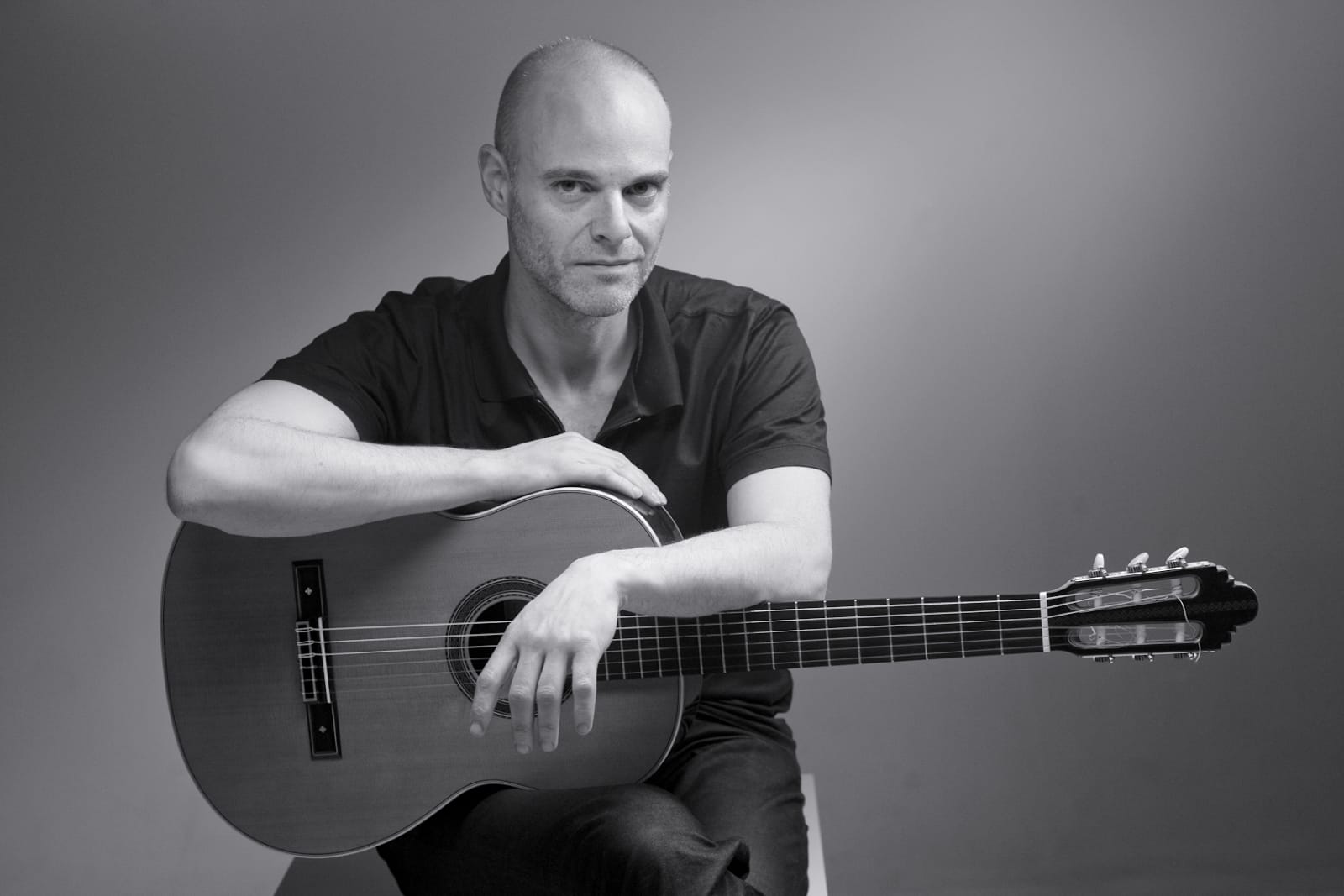 “Praised by countless great musicians, critics, and colleagues as a supreme virtuoso with an intense and wide-ranging musical intellectuality” (Six String Journal), Ricardo Gallén is an artist we have wanted to bring to the BCGS stage for many years. Whether we hold this event virtually or in-person, we know there could be no better way to close our 2020-21 season.

The format and venue of Ricardo’s concert is currently TBD.

Ricardo Gallén is a distinguished guitarist with a continuously flourishing career. His inspiring and innovative interpretations place him on the top musicians, while his revolutionary and influential playing and teaching are the best proof of his quality.

“Immense creativity and virtuosity, which is sensed by just looking at his hands”, the words of Maestro Leo Brouwer raise Ricardo Gallén to a level of mastery very rarely seen.

His rare combination of virtuosity and musicianship has captivated audiences around the world in solo recitals, duets or with orchestras in great concert halls such as the Royal Concertgebouw in Amsterdam, the National Auditorium in Madrid, the Tchaikovsky Hall in Moscow, the Palau de la Música Catalana in Barcelona, the Auer Hall in Indiana University and the Sibelius Academy in Helsinki among others.

Ricardo has won numerous awards in important music competitions (Francisco Tárrega, Andrés Segovia, Markneukirchen among others) and held several teaching positions. In 2009 he received the honor of becoming one of the youngest musicians to obtain a professorship in the prestigious University of Music “Franz Liszt” in Weimar, Germany, a position that he holds until today.

His recordings, since his very first album, receive sensational reviews. His last works of the Bach Complete Lute Works and Fernando Sor – Guitar Sonatas as well as his album En Silencio are being widely approved as masterpieces by the specialised press.

Recently he has been awarded the Medal of Fine Arts by the Royal Academy of Fine Arts of Granada, Spain. For more information, visit ricardogallen.com.